Due to the current situation all activities have been cancelled or are pending.
The exhibition „Larry, Jerry, David and Klaus“
at Galerie Siebert in Lübeck is postponed to November 2020. 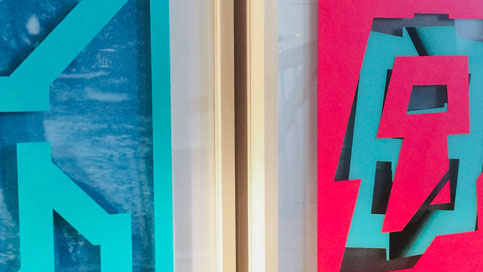 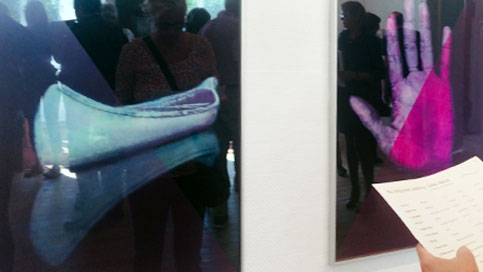 Following its presentation in Naples during the summer
the series Visione Offuscata is on display at the Kiel monastery,
the founding site of the city of Kiel dating back to the 13th century.
Kieler Kloster, Falckstraße 9, 24103 Kiel
www.kielerkloster.de
Wednesday to Sunday, 2 – 6 p.m.
Opening night on Friday, September 27, 6 p.m. 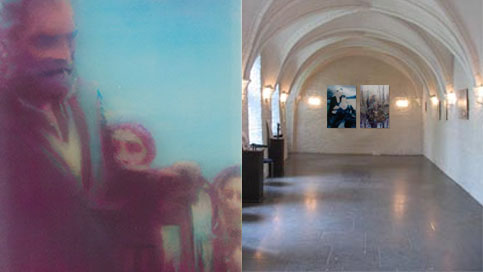 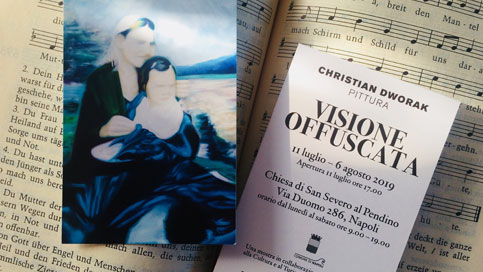 The figurative series Visione Offuscata depicting scenes from the Gospels aims to trace the origins and photographic aura of memory and imagination. With twenty works on canvas and glass it is my first show in Italy. Kindly supported by the Naples Departement of Culture and Tourism.

The aery space at the gallery of the Landgericht in Kiel hosts
new works on glass from the series »Territorial« as well as some larger canvases depicting scenes from »Der Ring des Nibelungen«.
Landgericht Kiel, Harmsstrasse 99-101, 24114 Kiel
Opening May 8, 2.30 p.m. 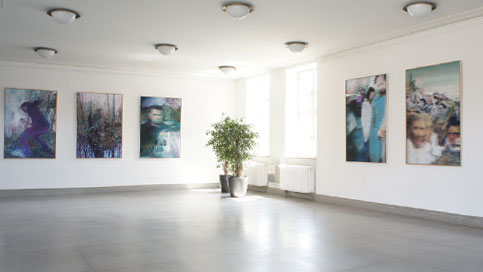 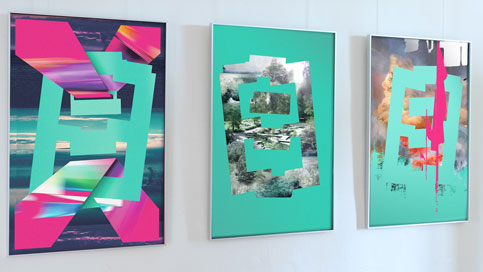 About 20 artist mainly from Denmark and northern Germany present their recent works at the Kunstpunkt Gallery in Augustenborg. Among them new glass panels from the Territorial Series.
Storegarde 14, DK – 6440 Augustenborg
Opening Sunday Dez 8, 12 a.m.

The beautiful Freya-Frahm House in Laboe host the „Glass Menagerie“, with about 40 works on canvas and glass, which have been produced during the last five years. The exhibition’s title is borrowed from Tennessee Williams play, that was the inspiration for a series of reverse glass paintings.
Strandstraße 15, 24235 Laboe 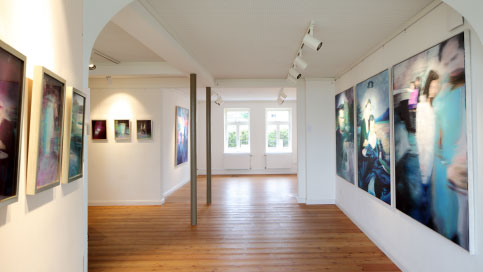